- December 28, 2019
Two years ago, Arijit Mondal,  a professor of mine who was teaching us a course on Deep Learning, asked a question on how to make a Neural Network that can predict periodic data. The students started shouting out their own version of answers, most of them involved the usage of some form of recurrent neural network structure. I had a different answer.

I was not a very good student during my initial semesters during my bachelors. I missed several classes due to the lack of motivation which were supplemented by the change in environmental condition that I had been used to growing up. But, I could recollect some of the things that were discussed in a Math course, which was regarding fourier series. Just by using a bunch of sine waves, the series was able to approximate many functions to an excellent accuracy. How is this any different from the Universal Approximation Theorem that was tought during the initial lectures of this course?

It striked me - the easiest way neural network can learn periodic data is if the network itself has some kind of periodic activation function. Well, I do know that I would not have been the first person in the world to notice this, but yet again, there were a lot of people who did not notice this, and I can write an article on this so that someone in the future could come across this article and give it a thought.

I went ahead with implementing this. I did not generate the weights in a reproducible fashion, so if you try to run this at your end, you may not receive the same results as I did. I am sharing the code anyway. 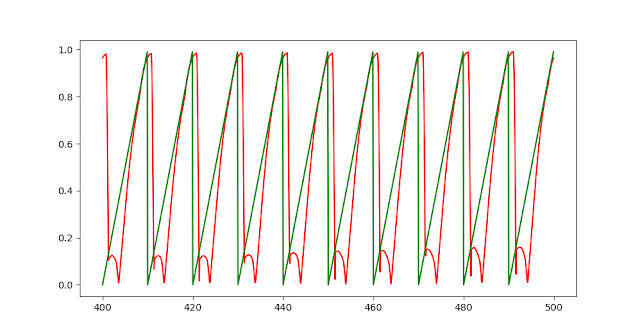 Considering the fact that I wrote this network from scratch and trained it on my personal computer just to prove my point, I was pretty happy with my results. I think this could inspire someone to build an actual thing some day.
Deep Learning tech