How to Create your own Ad Blocker Chrome Extension

- December 17, 2019
Not very long ago, I read an article stating that Google banned advertisement blockers from its stores. There are several websites which does not let you in if you have an Ad blocker extension installed on your browser. I have not investigated on how these websites detect that, nor do I know whether our own version of advertisement blocker would be immune to that. But, isn't it fun to build something like this on our own?

As the first step, I found a random website that has a Google Ad. I right clicked on the Google Ad and clicked on Inspect button. 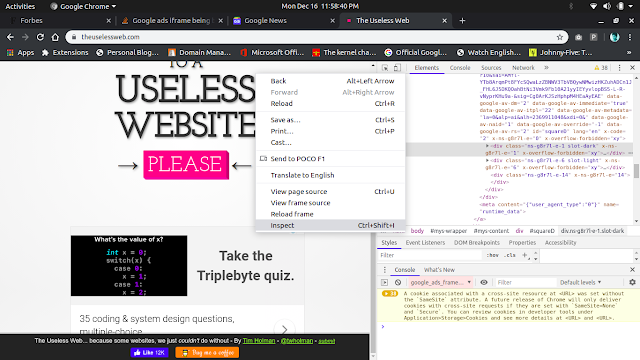 As I moved up the Elements inspector, I found that the id of the advertisement starts with "google_ads_". Therefore, I opened the console and typed in the following command:

This selected the div that contained the advertisement. I went ahead and typed in the following command that would remove the div from the page. 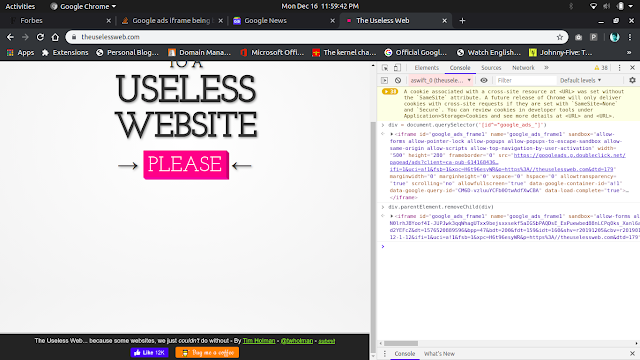 In a similar fashion, one can find different patterns in which different advertisements are found. I also found that many-a-times using "google_" instead of "google_ads_" is better. In order to select all the elements that have ids of matching type, let us use querySelectorAll in place of querySelector and use forEach to iterate over all elements.

Let us add these into a Chrome Extension to automate the process. Follow the following procedure for the same: 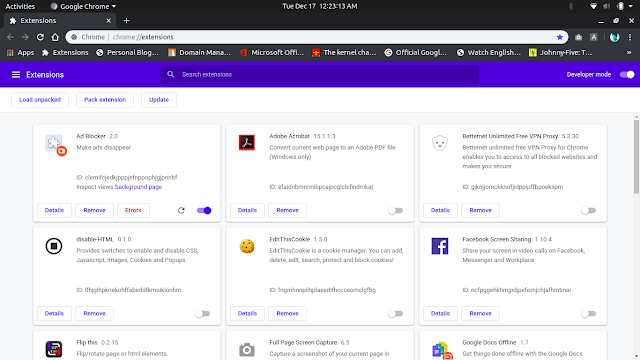 Now whenever you click on the extension, the advertisements of this type disappears. You can follow a similar procedure and create an extension that can remove all kinds of advertisements that are bothering you.