Yet another impulsive domain purchase - HexHoot.com 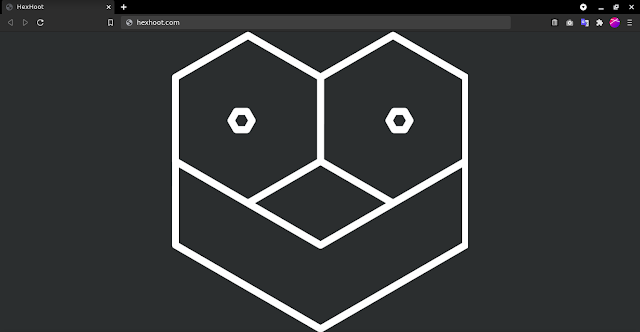 I was doodling on my sticky notes, and I came up with a few hexagons that looked like an owl. I found it quite amusing for myself and decided to go to a domain registrar and search for 'hexowl'. I found that the domain was already taken. I did a few more searches and I eventually found that 'hexhoot.com' was available. I showed my drawing to my sister and I explained it to her, and she told me to buy the domain. I don't know what I am going to do with this just yet, but let me hold it for a while to see what I could do with it. I have hosted it on Blogger itself. I find that the page works as in the screenshot while opening from a desktop, while a default blogger template gets loaded while opening it up from a phone. That is interesting. I think I need to get back at that. Originally, I created the logo using an image editor, exported into PNG. Just now, I re-created the same to create an SVG. I am sure that SVGs can be scaled to any dimension while having a very sm
Post a Comment
Read more

A look into Hire the Author 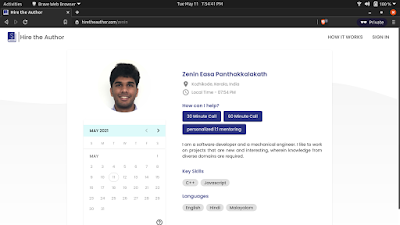 Although I have never met Jeevan Thomas Koshy in person, I had befriended his elder brother, Kiran Mathew Koshy, during my college years. Kiran was in the final year of his bachelor's program while I joined for my first year and we lived on the same floor of the same hostel building. Recently, I came to know that Jeevan had started working on a project on his own named Hire the Author , and I had a chance to take a look into it, as well as, have a conversation with him. His idea is that there may be many people online who would want to be hired, and there are people who want to hire them based on the content that they produced. Initially, I thought the project was just another redundant tool that emails, online forums, and phones have already solved. However, he gave me one interesting example that made me love what he has done. The example that he gave me was a case where someone saw an answer on StackOverflow and wants more help from the author of the answer, but the author wants
Post a Comment
Read more 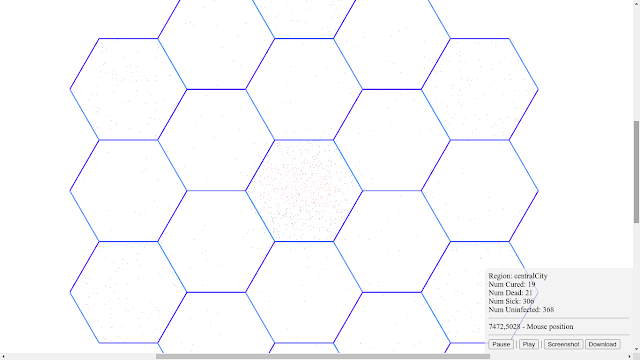 A little over a year ago, I had written a blog post in this blog titled " COVID-19 Disease Spreading Simulation ". That was something that I worked on in a very short time frame. A few months after that, during a conversation with an old professor of mine, Dr. Jimson Mathew, we discussed modifying it further to create something really interesting. We started working on creating "A Framework for COVID-19 Cure or Vaccine Distribution Modeling, Analysis and Decision Making" in October 2020 and finished creating it and drafting a research paper about it in the first week of November 2020. We had submitted this to the Journal of Simulation, but the reviewers rejected the paper citing more information recently. Of course, we will be editing the paper and re-submitting it; however, I thought it would be better if I uploaded the project in the public domain so that anyone who would like to use it can do the same without having to wait. I have made this available on GitHub.
Post a Comment
Read more

- February 13, 2021
A couple of days ago, I bought a domain named 'chickfort.com'. I have been wanting to own a '.com' domain for quite a while now, and I didn't want to buy one from a reseller. Every now and then, I used to go to one of the domain registrants and search for interesting names that would come into my mind. This has been going on for quite a while, and I finally found a domain name that is short enough and is a combination of two simple English words. The aforementioned is not the main reason why I chose to buy this domain. The words 'chick' and 'fort' coupled together could be loosely translated into the endonym of my hometown, Kozhikode. Additionally, I believe that the domain name could be potentially used for a wide-variety of purposes. The interesting thing is that, I have been receive calls from a few software and web development companies after I made this purchase. I wonder if the domain registrar is secretly sending the data to the marketing team
Post a Comment
Read more

- January 09, 2021
It has been a decade since I started owning this domain; I was fourteen then. I did question myself on keeping on renewing the domain every year, at least a couple of times. But I am glad that I did. I could always use the wayback machine to showcase what BuddyGo once used to be. The Alexa rankings of the past could also be used as a bragging material. I regret that I did not keep the social network running, but choices had to be made. I attempted to revamp and relaunch many times, but I just couldn't prioritize the work and ended up not doing it at all. Anyway, the day may come when I finally do it again. Cheers!
2 comments
Read more 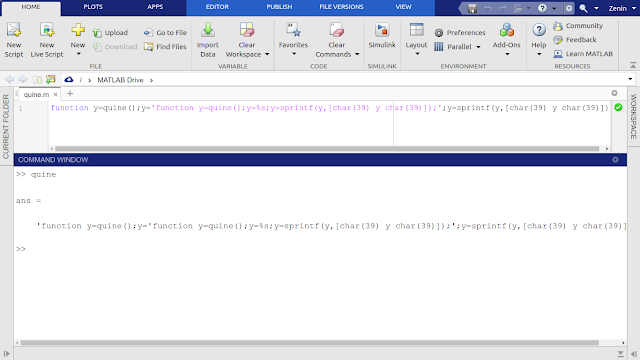 A few weeks ago, I watched a video on YouTube which talked about quine. A quine is a program that outputs it's own code. For instance, in JavaScript, the following code would output itself. !function $(){console.log('!'+$+'()')}() As I watched the video, I was sure that creating a quine is not very easy. But, I found it interesting to attempt to write one on my own, maybe in MATLAB. During the initial five minutes, I sat on my easy chair and started thinking about how to approach it. I drank a cup of coffee and opened up MATLAB Online and started trying out random things, hoping that I would eventually get some idea. I did not want to cheat by using operations to read from the currently opened file. That can be easily achieved by using the 'type' function or 'fileread' function. As I was not able to get any idea by just thinking, I decided to have a look at different quines written by people in other languages. I thought perhaps something from JavaSc
Post a Comment
Read more

I don't use emoji's on WhatsApp very often. But recently, as I was texting using WhatsApp web, I inserted in an emoji and just as I was about to send it, I decided to select everything (ctrl + A) and cut it (ctrl + X). Later during the conversation, I decided to paste what I had selected and I observed that the emoji that I added was coming up just as it was. I was curious to know if WhatsApp uses a rich text editor, but it doesn't. Aparently, the emoji that I was using is a standalone Unicode character. I did a quick printing on Chrome developer console to verify that and Google search to know more about it. "😝" is the emoji that I used to use very frequently. Infact, back in the day when I was using the initial versions of Facebook chat, I used to press on ":P" after almost every message. After entering the WhatsApp days, I changed my habit as the shortcut no longer works. Now that I discovered the emoji is a Unicode character, I have decided to have
Post a Comment
Read more

I am pretty sure that I am not the only one who crave for a mouse when I don't have one and crave for a trackpad when I don't have access to one. I have a few ideas on turning your phone into a mouse and a trackpad. Let us focus on the later in this blog post. There are two components to this experiment; the first is a server on the computer that you wish to control and the second is a web app that is opened up on your phone that will transmit coordinate data to the server. I think we'll create the server in Python and the web app in JavaScript. Let's get started with creating the server. We'll use 'Flask' to handle API requests and 'PyAutoGUI' to control the mouse. We'll have APIs defined equivalent to cursor move and click for now. import pyautogui from flask import Flask, render_template app = Flask(__name__) # Apparently flask doesn't support negative numbers. So offsetting it. coordinateShifter = 1000 @app.route('/') def index():
Post a Comment
Read more

While developing a software, it is often desired that it would be available in multiple languages so that more people can use it. Some standard coding practices include storing messages visible to the user in a JSON or an XML file in English, and have it translated to multiple languages and save it as JSON or XML files with the corresponding language name. In this blog post, I am going to mock a bunch of messages in JSON format and use Google Translator to generate a JSON string with all messages translated. We shall be using Google Translator page and the developer tools,  and not the APIs. As stated above, the first step is to create the mock JSON string having messages in English. I think the following would be good enough to represent the same loaded into a variable. var en_json = { "edit": "edit", "open": "open", "message_continue": "Do you wish to continue", "message_error": "Error performing the a
Post a Comment
Read more

- May 09, 2020
Drawing in the air For someone who is completely unaware about image processing, this project would seem something out of the world. The people with some understanding about how to read an image pixel by pixel would have some understanding about what I am doing here. I am building a program in JavaScript that takes input from the computer's webcam and create a tool that lets you draw in the air and that gets displayed on the computer. For this, we will have a special pen to which we code our program to detect. To get started, let's use the <video> tag to receive the video feed from the camera, which I will later make invisible.. We'll also have two <canvas> tags that would each hold the current video frame and the drawing output from the tool respectively. We shall also have a button that clears data from the second canvas that has the drawing output. <video autoplay="true" id="videoElement"></video> <canvas id="canvas&quo
2 comments
Read more
More posts